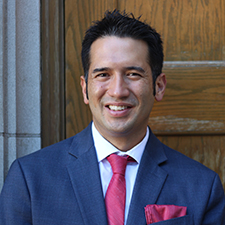 A native of Lima, Peru, Dr. Ayllon came to the United States in 1999 as an international student. He joined the University of Missouri in 2008 as a residence hall coordinator, and has been in university roles with increasing leadership and responsibilities since then. Dr. Ayllon formerly served as director of international engineering and STEM programs, a position shared by the College of Engineering and International Center. During his tenure, the college recorded record study abroad enrollment and its first academic collaborations with Latin America were developed.