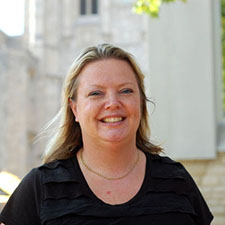 Schedule an appointment in MU Connect

Paulina has a master's degree in communication and a bachelor's degree in tourism, both from the University of Central Missouri. She earned her Ph.D. in educational leadership and policy analysis from the University of Missouri in 2015. Prior to joining the International Center in 2008, she served as the director of study abroad and an international student adviser at Stephens College, and as a study abroad coordinator for the MU School of Journalism. Born and raised in Sweden before moving to the United States in 1992, Paulina is fluent in both Swedish and English. She has traveled to many parts of the world, including Australia, New Zealand, Mexico, Japan, China, South Korea, Thailand and most of Europe.