Mark Algren to retire as executive director of CELL 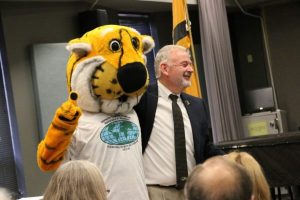 Take a look at CELL 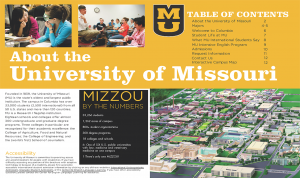 Are you interested in learning more about studying English at the University of Missouri? Do you want to know more about all of our 300+ majors? Take a look at our brochure. 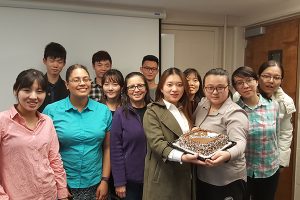 On Tuesday, March 6, students in Farrah Littlepage's level 5A listening-speaking course participated in a simulation (role play) about corporal punishment. To prepare, students did research, adopted roles and explored how to explain perspectives that they possibly disagreed with. Other CELL instructors and staff were invited to attend the simulation and ask questions in order… 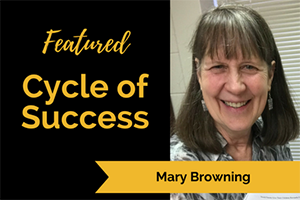 Mary Browning, instructor at CELL, was recently featured in the MU Libraries' Cycle of Success. She explained how students in two of her fall 2017 courses (an advanced IEP course and the SSC 1150 College Success Seminar) benefited from library sessions about Zotero. Led by librarian Cindy Cotner, these sessions helped Mary's students as they… 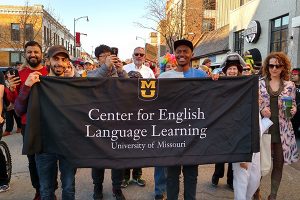 IEP students, faculty and staff had a great time joining in the March March parade Friday, March 2, in celebration of the beginning of the annual True/False Film Fest in Columbia. 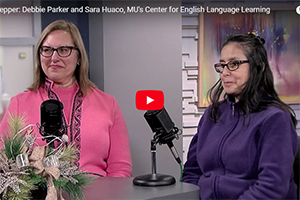 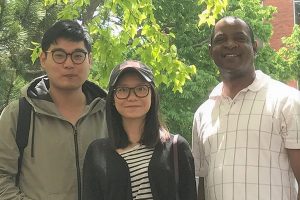 Three of our very own IEP students were recently awarded top honors through the MIDTESOL student essay contest — adult ESL category. MIDTESOL is the local professional organization for teachers of English as a second language. At the 2017… 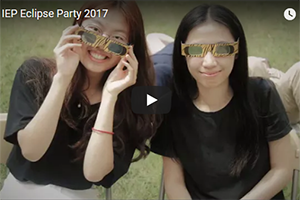 On Monday, Aug. 27, the IEP hosted an Eclipse Watch Party to celebrate the start of the fall semester and view the total solar eclipse. The last total solar eclipse in Missouri occurred in 1869, and the next won't occur for hundreds of years. It was an historic event that new and returning students were…

Mark Algren, executive director of the Center for English Language Learning at the University of Missouri, received the James E. Alatis Award for Service to TESOL on March 23, 2017, during the annual TESOL International Association Convention in Seattle. TESOL is the professional association for teachers of English to speakers of other languages. After receiving…