The International Center is pleased to welcome two new members to its staff. 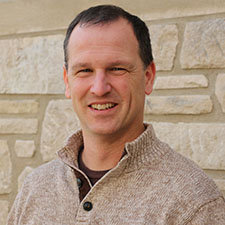 Nate Daugherty is the new Terra Dotta software specialist. Nate is a St. Louis native who has a bachelor’s degree from Mizzou in political science-international relations with a minor in Spanish. While at Mizzou, he spent a year studying at the University of Limerick in Ireland. After graduating, he worked in political campaigning for a while before going to the University of Wisconsin-Madison for a master’s degree in international public affairs.

After grad school, Nate taught English in Senegal for a year before moving back to St. Louis. Nate taught political science before starting a full-time career in study abroad at the University of Missouri-St. Louis, where he also earned a master’s degree in political science.

Rachel Peterson is serving as the new SEVIS compliance assistant. Rachel earned her bachelor’s degree in Spanish from Mizzou, during which time she studied abroad in Alicante, Spain. Her love of intercultural connection was born from hosting exchange students in high school and has since taken on many forms, including teaching English, volunteering with the refugee community in Columbia and traveling abroad. In her spare time, she is most typically found in a comfortable chair with her nose in a book.